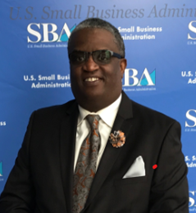 Mr. Ryan Keith Harding is the Chief Executive Officer and President of Ryan Consulting Group, Inc. (RYAN). RYAN was founded in 2001 with its Headquarters in Indianapolis, Indiana. RYAN is a minority-owned information technology services company.

In May of 1986 during his senior year in high school, Mr. Harding was involved in a serious car accident that left him a paraplegic. After completing physical and vocational rehabilitation, Mr. Harding attended a program in Charlotte, NC put on by IBM and Goodwill Industries of the Southern Piedmont. The program taught him how to develop applications in COBOL, a language no longer taught at the college or university level.

Following a one year internship, he was hired by IBM as a software developer. After working at IBM for seven years, Mr. Harding went to work as a civil servant, working for the United Marines Corps in Quantico, Virginia as a Deputy IT Director. Following this position, Mr. Harding started working at Cognos, a business intelligence solutions provider. Mr. Harding worked as an Advisory Consultant, providing services to DoD and Fortune 500 companies. Cognos is now owned by IBM and is referred to as IBM Cognos. Upon his departure from Cognos in 2001, Mr. Harding started RYAN, growing it to a respectable, sought after company by potential employees and clients.

Mr. Harding was born and raised in Pleasant Hill, NC where his mother still lives. He has seven siblings, a daughter and two grand boys.